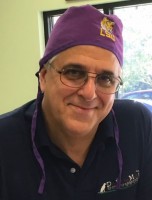 Dr. DeVun is a 1988 graduate of the LSU School of Veterinary Medicine. During his time at Veterinary school, he was the caretaker for the school’s mascot, Mike IV. After nearly 20 years as an Associate Doctor, he decided to open his own practice on the Northshore in 2005 with his wife as his business partner.

He has a professional interest in orthopedic and neurosurgery. Away from the hospital, he enjoys family life with his wife Kathy, his three children, Michael, Justin and Kristyn along with his grandchildren Myles, Sloan and Lyla. 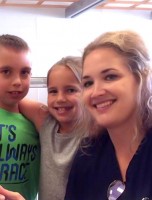 Dr. Reeb is a 2005 graduate of the LSU School of Veterinary Medicine. After graduation, she moved to Las Vegas to work in Small Animal Medicine before moving to Mandeville. She joined our team at DeVun Veterinary Hospital in 2013. In her free time, she enjoys boating on the Tchefuncte River and cheering for the LSU Tigers!

She is married to her husband, Ryan, and has two children, Gavin and Stella. She also has a dog named Satchmo and a cat named Rolo.